Running a business right now feels a bit like being caught up in a whirlpool of global instability.

Political turbulence has rippled through western countries. The UK continues to deal with Brexit fallout, while political divisions in the US continue to impact on the global stage. And these are just two of the countries dealing with political issues. Countries across Eastern Europe and Asia face their own challenges, and there is a war ravaging Ukraine.

Meanwhile, global labour markets are undergoing rapid — perhaps permanent — shifts. Talent is at a premium. Knowledge workers are demanding (and getting) work-from-home arrangements and higher wages. Companies are struggling to find the people and skills they need, especially as workers consider remote options outside their home cities. At the same time, some are downsizing, signalling further complications and challenges to come. Ultimately, many markets simply don’t have access to the high-skilled workers they need to grow.

And, of course, the post-pandemic landscape is still settling. Supply chains remain stretched to their breaking points. Inflation is high and many consumers are struggling to cover the costs of living. A recession looms in 2023, its exact impacts unclear but foreboding for businesses.

Head spinning yet? The struggle is real.

Against this tumultuous backdrop, the need for digital transformation remains, with companies increasing their digital investments and governments pouring billions of dollars into semiconductor manufacturing to address persistent chip shortages in Asia. This includes $240 million the Canadian government earmarked early in 2022 and $52 billion in the United States as part of the CHIPS and Science act.

With the ground shifting underneath companies in so many ways, we’re entering a period where the approach businesses take to managing this risk will define their success – or failure.

Keeping track of global instability, while also working to create a unique marketplace where companies and leaders can isolate themselves from the gauntlet is no small feat. But it’s something Daniel Hengeveld, Vice President of Investment Attraction at Toronto Global, does every day.

Toronto Global consults and works with global companies to help them expand their businesses in the Greater Toronto Area (GTA). Through his work, Hengeveld has a broad multi-sector view of the challenges in the global economy and how organizations can best weather them.

For many companies, this requires a mind shift. Simply maintaining the status quo of their businesses is no longer a viable option. You can’t stand still on a moving train.

“The change leaders — those companies that are willing and able to reinvent their businesses and adapt to the unstable environment — they’re the ones that are going to win,” says Hengeveld in an interview from his downtown Toronto office.

Not all companies take heed. In recent years, Hengeveld has seen heartbreaking examples of what happens when businesses fail to adapt.

That’s the reality: the upside of unsettled times is enormous, but so is the downside.

“The economic environment is more competitive and unforgiving than ever,” says Hengeveld. “If you aren’t already changing and positioning your organization to adapt to the intensification of global risk, your runway is getting shorter – quickly.” 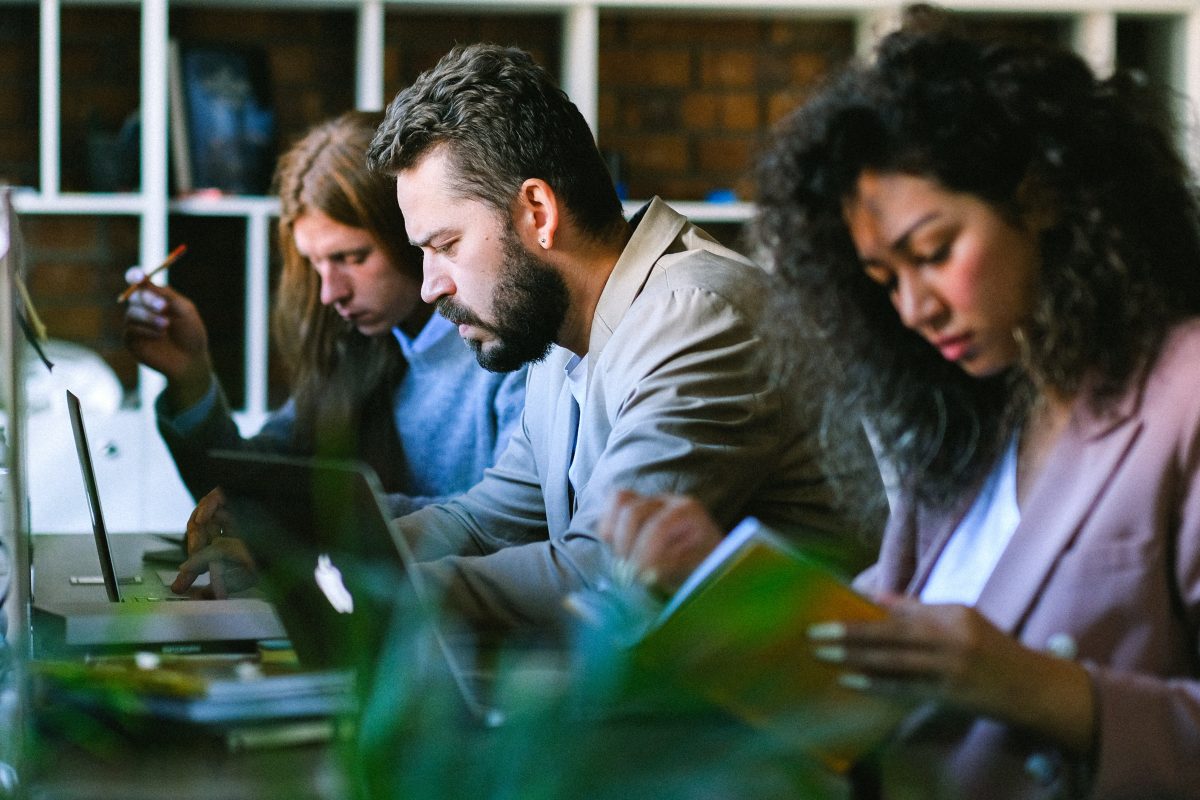 What it takes to win in an unstable global economy

First, it’s important to realize that it’s impossible to avoid the issues leading to instability. No business can opt out of inflation, or ignore the need to hire great talent. But beyond that initial realization, there are a few key approaches organizations can employ to help them navigate the changing landscape.

All these factors make Canada an ideal base for companies looking to grow.

They also make a region like Toronto particularly attractive because it has an inherently global culture and perspective, with a highly skilled, multilingual and diverse talent base and sectoral diversity.

In fact, the Greater Toronto Area (GTA) is an economic powerhouse that’s home to 38% of Canada’s business headquarters and produces 20% of the entire country’s GDP.

“No matter what’s happening in the world, it’s going to be felt in a global region like Toronto, where 51% of the population is foreign-born” says Hengeveld. “There are very few cities as change oriented as Toronto or as deeply connected to global conversations while still being able to enable and protect businesses. That resilience creates a huge appeal for companies looking to manage risk – no matter what industry they happen to be in.”

“This is all why we’re seeing such growth in the number of investments here,” says Hengeveld. “This is why the Toronto region is the answer to a lot of companies’ challenges. Over the past 12 months alone, we’ve seen announcements from companies like Sanofi Pasteur, The Cultivated B, Snowflake, LTTS, DNEG, and others who have chosen the Toronto region to create hundreds of new jobs even during a period of global instability.” 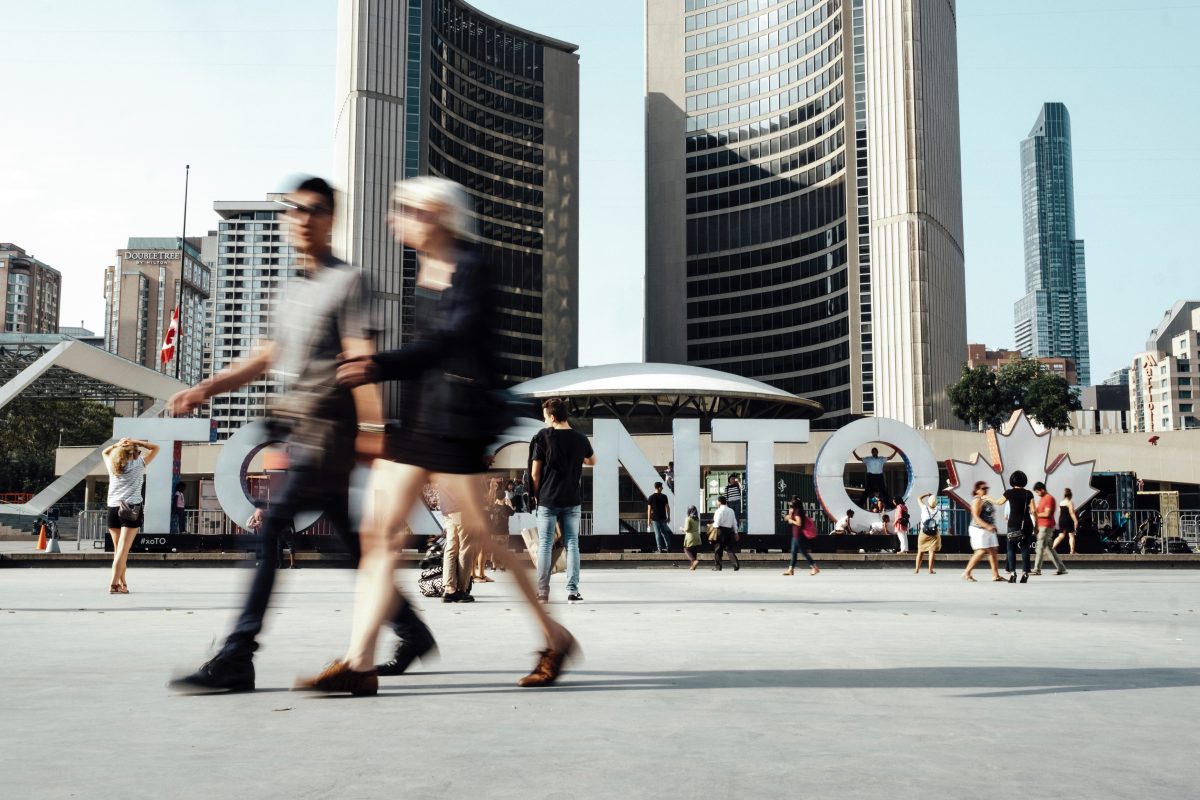 The city has a deep well of talent in everything from artificial intelligence to interactive digital media.

There are 18 colleges and universities in the GTA that drive major innovation and funnel highly-skilled new immigrants and talent into the ecosystem. The tech industry is huge in Toronto but there are also strengths in advanced manufacturing, healthcare, and a surge of investments in electric vehicle-related projects in the region.

The region is also home to Canada’s first and only hardware and semiconductor-focused lab and incubator, enabling the creation of transformative technologies that will power the products of tomorrow — including healthcare technology, consumer electronics, telecommunications, smart energy, and connected transportation

As a result of all this activity and diversity, there’s a natural openness to new ideas in the city. Change is not disruptive to the environment in Toronto.

Change is the environment in Toronto.

Businesses can also take some comfort that it’s far easier to get talent into your business and retain it in Toronto than in other jurisdictions. In fact, Hengeveld says that employee retention rates can often be two to three times higher in Toronto than other major North American markets like New York or San Francisco.

Why? Because the city offers a high quality of life.

“When a company in Canada brings in a highly-skilled worker from another market, they don’t have to worry about whether that person is going to be able to create stability for themselves and their family,” says Hengeveld, noting that the GTA welcomes more than 100,000 immigrants each year. “Newcomers and their spouses are immediately able to get open work permits, and can access the healthcare system after 90 days of arrival. Both members of a couple get to work and build a life here. These kinds of advantages eventually bleed through the entire economy and create a diverse talent base.”

Hengeveld says that the region includes many top-ranked universities and colleges that also draw in more than 120,000 international students every year, many of whom continue to live and work in Toronto after graduation.

It’s one of key ingredients powering the growth of the region, and why Toronto consistently has the highest number of tower construction cranes in North America, he says.

Companies like Austin’s video game development studio Certain Affinity, and LA-based Netflix, who have expanded to Toronto are able to immediately access an incredibly diverse talent pool that aligns with their corporate culture, talent base, and ethos.

And local entrepreneurs are choosing to stay rather than leave.

Raquel Urtasun,the Chief Scientist and Head of R&D at Uber ATG, had lucrative offers to relocate from Toronto. But instead of leaving, she chose to build her own business, Waabi, an AI company that’s working on the next generation of self-driving technology in Toronto.

Hengeveld says that in times of instability and turmoil, Urtasun’s story will become increasingly common as entrepreneurs and companies look to manage risk and grow in places well-suited to difficult macroeconomic conditions.

“People may have the American dream in mind, but it’s the Canadian dream that wins out. And so many companies have been able to take advantage of that here in Toronto.”